Located in the upper reaches of the Yangtze River, the Chengdu-Chongqing economic circle is the most densely populated area with the highest concentration of industries and the most cities in west China. Statistics showed that the Chengdu-Chongqing area registered a total GDP of close to 7 trillion yuan in 2019, making it another regional economic powerhouse following the Yangtze River Delta region, Guangdong-Hong Kong-Macao Greater Bay Area and the Beijing-Tianjin-Hebei region.

On December 24, 2020, after the infrastructure facilities and technologies for maintenance, disaster prevention, testing and e-ticketing were upgraded, Chengdu-Chongqing high-speed railway was launched, reducing the travel time between the two cities to one hour. Furthermore, the bullet train frequency has been increased to every 20 minutes to facilitate travel between the two cities.

The improved transit between Chengdu and Chongqing is largely attributed to the application of Sichuan’s proprietary railway technologies. Sichuan has established an integrated industrial chain covering research and development, surveying, designing and consulting, project construction, operation and maintenance, and equipment manufacturing. The annual output value of the industrial chain exceeds 150 billion yuan.

Chengdu-based smart domestic projectors maker XGimi was listed on the Sci-Tech Innovation Board, or STAR Market, on March 3, 2021. It was the sixth Chengdu-based tech company listed on China’s Nasdaq-style tech board.

The successful listing of Chengdu-based hardcore tech firms on the STAR Market is indispensable from Chengdu’s visionary planning for tech industries. The electronic information industrial zone in Chengdu, where XGimi is located, is also home to leading tech firms including photoelectric products maker Luwei, LG Chem, display solution provider Tianma, LCD substrate maker Chengdu COE, and TCL. They together have formed a complete industrial chain to support emerging technologies like big data, the Internet of Things and blockchain. Thanks to them, the electronic information industry became the first sector whose outputs surpassed 1 trillion yuan in Chengdu. Statistics show that more than 90 percent of Chengdu’s new investment projects since 2020 have landed in the various industrial zones across the city.

Chengdu would not have made such remarkable achievements without the robust support to technological innovation by Sichuan provincial government. During the 13th Five-Year Plan period (2016-2020), Sichuan devoted great energy to building a host of demonstration zones for commercializing scientific and technological research results including those on new drugs and artificial intelligence. The province has built more than 1,800 platforms for technological innovation.

During the 2021 “two sessions,” the Chengdu-Chongqing economic circle and the building of a science town in west China by the two cities once again drew nationwide attention. In the future, the two cities will strengthen cooperation, enhance the capacities for independent technological innovation, work together to make breakthroughs in key areas, and contribute to the creation of an important growth pole that drives the country’s high-quality development. 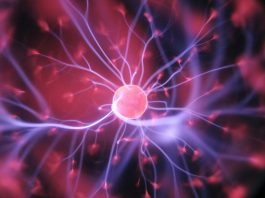 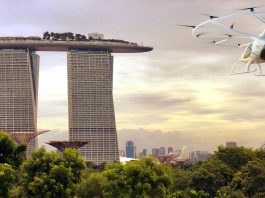 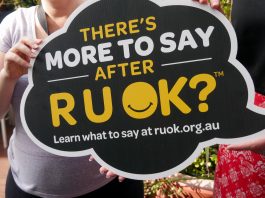 LEARN WHAT TO SAY AFTER R U OK?

SAVE & ACCEPT
Go to mobile version